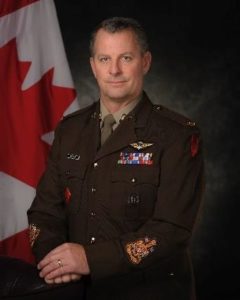 Chief Warrant Officer Andy Bonvie enrolled in the CAF in October 1988 as an Infantryman. After receiving his initial training in CFB Petawawa he was posted to 2nd Battalion Royal Canadian Regiment (RCR) located in CFB Gagetown, New Brunswick. He deployed to Yugoslavia UNPROFOR 1992-1993. Upon completion of the Basic Parachutist Course he served in 3rd Airborne Commando in the Canadian Airborne Regiment (CAR) from July 1993 to Mar 1995. He was assigned to the 3rd Battalion, The Royal Canadian Regiment upon disbandment of the CAR from Mar 1995 until Jan 1998.  Read full biography