To All Ranks of The Royal Regiment of Canadian Artillery

Ever since gunpowder made its appearance in the Western world, Saint Barbara, whose story we all know, has been invoked for aid against accident resulting from explosions. Accordingly Saint Barbara became the patron of artillerymen. She is also regarded as the patron of military engineers, armourers, gunsmiths, miners, and firefighters.

On this day, the Colonel Commandant extends Loyal Greetings to the Captain General while The Regiment pauses to celebrate our distinctive Gunner heritage and the comradeship which is a vital element of the moral component of military capability.

This year, our celebrations are somewhat curtailed in keeping with the public health measures implemented to impede the spread of COVID 19 in our communities and to conserve the force.

Individual and collective training have been redesigned while unit and personal routines have been dramatically modified to comply with the requirements of social distancing.

Leaders at all levels have had to find innovative ways of executing their responsibilities in a dispersed environment.

Men and women of the Regiment have been called upon to serve their country in ways not previously contemplated including more than 550 members of the reserve component who volunteered for Class “C” service in anticipation of the needs of Operations LENTUS and LASER. This highlights how flexible we, as Gunners, must be as our core function will increasingly blend with non-traditional roles.

Meanwhile, the extended Regimental Family have also had to contend with unprecedented disruption in their daily lives.

You have adapted well and knowing you all as we do, we are confident that you will continue to overcome all challenges that come your way, as we carry on the business of our calling in this new environment. It will be difficult at times. There will be hardship to endure and sacrifices to make. But with the announcement of vaccines, there is encouraging prospect of a return to more familiar routines. Until then, just as previous generations of our Regiment, armed with good training, sound discipline and steadfast devotion to duty and to each other, rose to the occasion in times of trial, so will you. 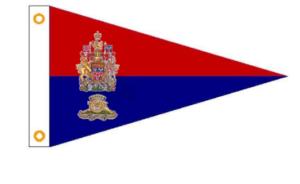 In conjunction with the commemoration of 150th Anniversary of A & B Batteries, The Royal Regiment of Canadian Artillery is pleased to announce a video production contest.

Submissions are open to teams consisting of current and/or retired members of The Royal Regiment of Canadian Artillery. Each team can submit more than one entry but only one prize will be awarded to any unit.

All details on the contest and the free Webinar are at ubique150.org 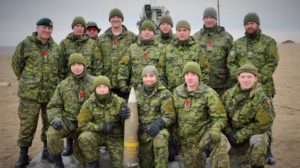 Here’s where you can support various Regimental Family programmes, projects and activities. 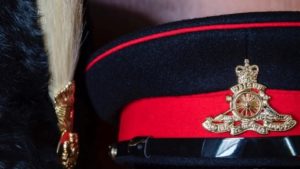 See Regimental Family events scheduled for the next year. 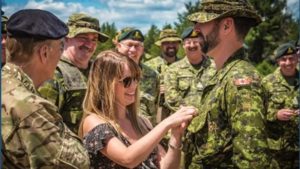 See private sector programmes of benefit to the Regimental Family.